“You can be absolutely certain that we are going to be dealing with climate change, and we’re going to have to find these 360-degree solutions that don’t impoverish people, that are fair and equitable, that are resilient, and that create economic growth.”

Mike Andrade is the CEO of Morgan Solar and a real veteran of the solar industry. In this episode, Mike talks about everything from his start at IBM, to his views on hydrogen, carbon capture, and of course what he’s doing to promote Canadian cleantech and manufacturing.

This is our first episode in a new series that we are calling Twenty-First Century Cleantech. For regular listeners, you’ll remember that we introduced Connor Reed a couple of episodes ago in episode 27. In this new series, Connor is going to be bringing stories focused on clean technologies through conversations with business leaders, entrepreneurs, researchers, and anyone who is leading the energy and carbon transition.

In our first episode we are talking to Mike Andrade about Canadian cleantech disrupting the oil & gas incumbents. More specifically, we’re talking about solar.

Mike has more than 30 years experience working with dozens of the best-known tech firms, launching hundreds of products, and he’s had a ringside seat for global technology disruption events – everything from IBM in the early 90’s to Blackberry and now distributed solar. He was part of the founding management team at Celestica –a multinational electronics manufacturing services company headquartered here in Toronto, Ontario – and during his time there Mike experienced first-hand the challenges of growing a global tech company in a highly competitive environment.

Mike believes that climate change is the defining issue of our generation and that technology is part of the solution, but that it’s also going to be a disruptive event for Canada. So, in addition to his role as CEO of Morgan Solar and investor in multiple early stage cleantech companies, he is active in advisory roles with the government on manufacturing, innovation and clean technology.

How Mike defines the Cleantech sector

I’m a tech guy, so I focus more on the tech side. The ‘clean’ aspect is I think where everyone kind of gets into their semantic debates. So let’s break that into two pieces. The ‘tech’ aspect for me is something where we are applying some new technology to deal with a problem that exists.

The clean aspect of it is that that technology should be full life cycle better than the alternatives that exist today. And so, I’m not a perfectionist. It’s not a religious debate for me. It’s like, is this a technological improvement? Is it doing something better, and is it cleaner than what we have?

When I look at clean tech, there’s the mitigation stuff – we’re going to take stuff that’s dirty today and make it less dirty. And that’s all great. But the stuff that I really focus on is the stuff that takes out that intermediate step and is just cleaner and better – full life cycle – right off the hop. That tends to be, for me, mostly solar. Then I’d say battery storage and wind, those sorts of things

So, the things that I focus on are the things that are just better – full cycle – right off the top. But I mean, cleantech is a broad category. We need a lot of oars in the water here. 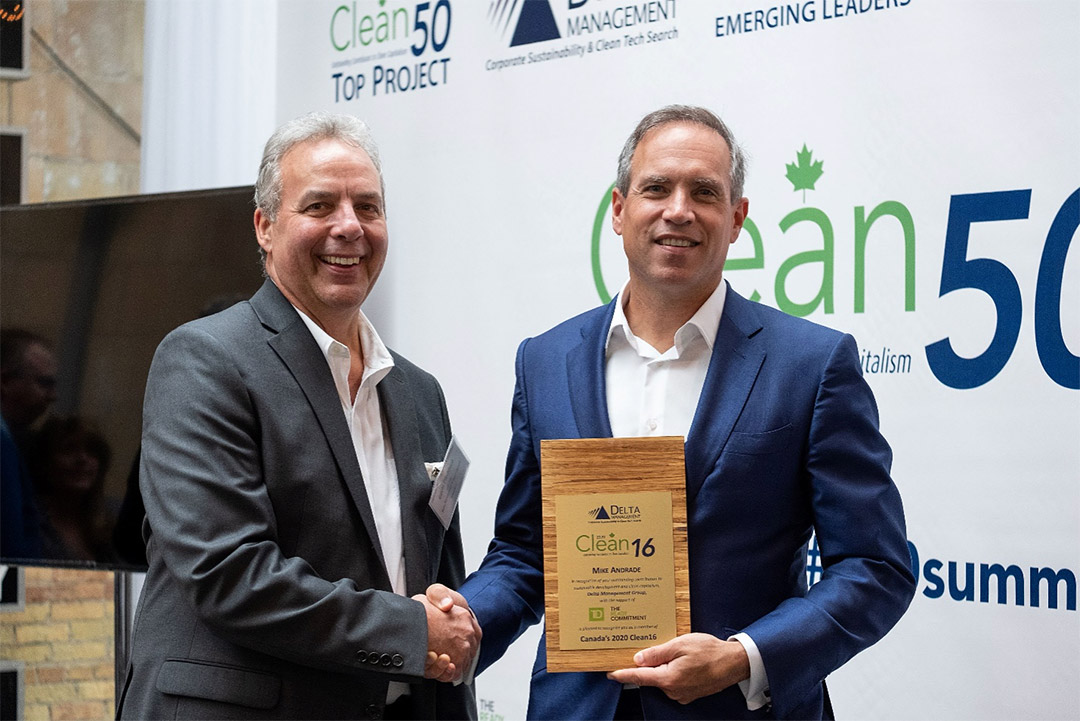 Lessons from Mike’s time at Celestica

Almost always it’s some disruptive, outside player who cleverly figures out that I can apply things from another industry to this one. And usually that entry point was digitization, standardization, which allowed all those Moore’s law forces – economies of scale, distributed supply chains, you know.

We used to joke that they’re the four horsemen of the apocalypse, when they show up, when you have standardization, commercialization, globalization, electronification, and outsourcing. Those things show up and all of a sudden, your industry changes.

We had to go back to – what are we really good at? Well, we have a hundred thousand lines of code. That’s really good industry leading code for designing optical systems and managing the sun. We have this SCADA system that can provide sensor feedback for how things are actually performing in the solar field or in a building and can adjust performance. We had this extremely well thought out understanding about how you make optical systems out of simple, reliable materials and deliver them.

I would say to our team – bankers don’t care about the solar technology that you’re using. If you told them there’s hamsters out in the desert on treadmills, all they would care about is whether those hamsters run long enough to cover their PPA that they had.

So we had to really get out of love with our technology and kind of say, where are we going to put it to people who care about us? And where are some places where we are going to be able to kind of move to where the puck is going to go, rather than trying to fight the direction of this inexorable cost take down.

That was the major strategic shift. And it was just because we got really kneecapped by that 50% drop of solar prices.

So you would think there’s no way that you can introduce a new technology in the middle of a pandemic. And the only reason we did is because it is the materials that we used were materials that were taken from applications like street signs that last 20, 30 years, 40, 50 years. They reflect back at you when your headlines hit it. So, if you can use that same sort of film that’s in street signs, then you can say, look, that’s going to be reliable. The forming mechanism for them that allows sign that reflections back is just a simple embossing process. I mean it’s not simple, but it’s an embossing process. Well-established. So, while we’re not creating some different risks from material or the forming standpoint of this film that we’re going to put in, the software allows us to design the pattern that you’re going to emboss and how you place the film down cleverly.

Then, because of our optical knowledge we knew where and how you could incorporate optics into a stack. A solar panel just has a solar material, electrical connections and stuff to protect the electrical and the cells from the heat and the cold and the rain and the snow. That’s why they can last 30 years. They’re a laminated sandwich that keeps the sensitive parts separated from the environment. And we knew how to do that reliably.

So all we said to Silfab is, yes, I know you’ve never done this before, but we’ve got proven materials, proven processes. You’re going to put it into your panel and you’re going to make no other changes. So all you have to do is now take that completed panel and not reinvent the whole reliability stack of testing the materials or testing the sub processes. You just have to see if this panel works. And it worked and they gave it not only a 25 year, but a 30 year warranty, which is what convinced Enbridge who had their engineer look at it. And, it wasn’t as if you could prove that this new optical technology had been around for 30 years, because it hadn’t. But because we could prove that the materials and the processes had been around with things in alternate industries that had lasted 30 years, and we were using existing manufacturing processes to build it, that that wasn’t introducing any new risk and that we had tested to a generally accepted standard for bankability and reliability. That’s what convinced them to use it.

But no one does that. No one jumps to utility scale, with a conservative company and publicly with their first product. That doesn’t happen. But it happened because of how we did it. I call it T innovation, bringing lateral innovation and existing supply chains together.

We need to recognise where we are in the historical bend of this story. Technology doesn’t give a rat’s ass for your incumbency or your previous strengths for the previous generation. Technology cares about where it’s at right now.

Canada is so heavily invested in its current energy business that just stopping investing in it isn’t going to be enough to shift the landscape. You would have to disinvest in it to shift that. It’s bigger than just ‘hey there’s a clean tech sector!’ It has to be a structural thought about Canadian areas where we could compete, and Canadian-owned IP that allows us to do that. Then scale businesses that can be globally competitive, and then a big reckoning about a rotation of funding and support from our incumbency to these new industries.

That’s my concern about what I see with hydrogen, small modular reactors, carbon capture, and all that. Maybe we need all of those for corner cases, but they’re not ready now. They’re not going to be ready for a long time. And they’re being used by many of the usual suspects to say – ‘let us keep doing the stuff that we’re doing now, and we’ll just get cleaner’. And I don’t think we can afford that time, but more importantly, it’s never a model that I’ve seen in any disruptive event that the incumbents are the ones who drive the disruption.

The turkeys don’t set the menu for Thanksgiving and Christmas, right? And, and so it’s not going to happen at the pace that we needed it to, and it’s going to cost us a lot by gating the agenda, the timeframe, the investment choices based on making what we have slightly better, rather than dealing with the reality of this disruption, the urgency for it, with technologies that we have. Solar, wind, battery storage, EVs, power electronics, smart grid. It’s there. Now.

How You Can Connect With Mike