Episode 022 | Dr. Afton Halloran: Towards a Sustainable Future Where We Can Flourish

“Seeing examples of human resilience around the world is really inspiring, but also it tells us that we can thrive in the harshest of environments, in the darkest of times. That somehow, we as a species, we’ve found ways out of this before.”

In this episode I talked with Dr. Afton Halloran about:

We also talked about what gives Afton hope and keeps her going when things look dark, and the advice she would offer listeners about what they can do to be part of making a difference in meeting the challenges of the Twenty First Century Imperative and how we can all maintain hope.

Afton is an independent consultant in Sustainable Food Systems Transitions, and a transdisciplinary scientist. She has worked on food and agriculture issues with organizations such as the World Bank, World Health Organization, the Food and Agriculture Organization of the United Nations, and the Nordic Council of Ministers.

Afton is a consultant-researcher for the Food Planet Prize Secretariat, has co-authored and edited three books on sustainable food systems, and holds a research position at the University of Copenhagen.  Afton is also now the host of the Nordic Talks podcast – the number one producer of Nordic inspirational podcasts on sustainability.

We also talked about what gives Afton hope and keeps her going when things look dark, and what advice she would offer listeners about what they can do to be part of making a difference in meeting the challenges of the Twenty First Century Imperative and maintaining their hope?

Well, one of the biggest things that I would say very simply: It’s about communication! Being clear in what were we moving towards, what the ultimate goal is. …If we are creating a new system, or making a transition, then what are we moving towards? And, I think that this is important. No matter where you are, you need to know that we’re moving towards a system where we will be able to flourish, where we will have lifestyles that we are happy to live, where we know that we will be prosperous. And I think that that’s one of the biggest things that I’ve learned in the work that I’m doing that because these are major challenges.

Climate change is a huge challenge. It is an existential crisis. But at the same time, if we frame it only as a doom and gloom situation, then I don’t think we’re going to get people on board and make those changes. So, communicating in a way that helps people realize that they should do their part, but also on a much larger level of how the governments have a role to play in this in contributing to making those transitions. I don’t think there’s a silver bullet solution, but actually just consolidating all this information that we have, because I think we’ve gotten really good with the science. Now it’s the action that has to happen. 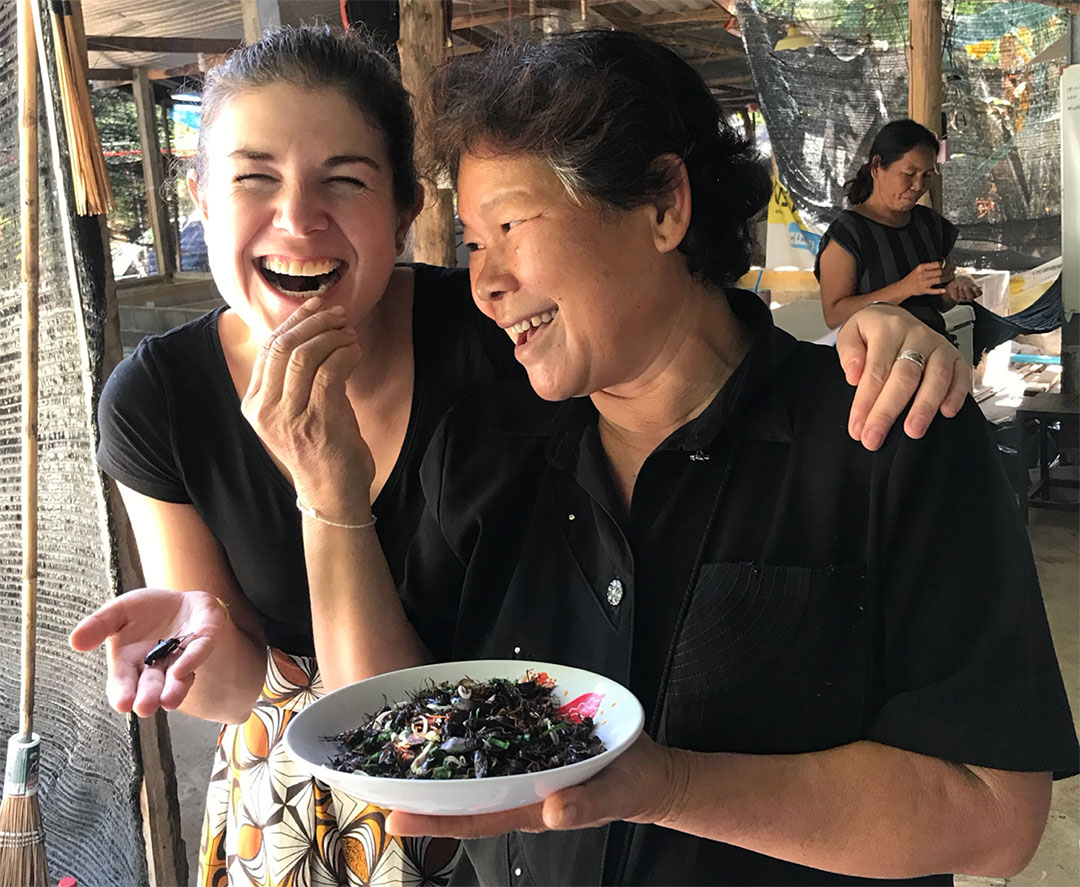 What Gives Afton Hope About The Future:

I’m very positive. Maybe you can hear it in my voice. I’m a very positive person and I have a pretty positive outlook on things. So, what keeps me going? I think it’s just recognizing my privilege and realizing that I am one of few people on this planet who has been able to travel so extensively and meet people from different cultures, experience different realities. So, I think seeing examples of human resilience around the world is really inspiring, but also it tells us that we can thrive in the harshest of environments, in the darkest of times. That somehow, we as a species have found ways out of this before.

But again, I also think that, just being hopeful is not a strategy, it has to be coupled with some kind of action. I mean, in order to not just think, “Oh, okay, everything will be better because we’ve done this before. The human species has overcome many challenges. We’ll get ourselves out of this.” But also, just to be around a lot of people who are actually doing really cool stuff and interesting stuff and impactful things. I think that if you don’t surround yourself with that and see that the people are making these commitments to change, then I think it’s easy to surround yourself with the media that is, can be really, really dark, and where you hear about these stories that doesn’t give you hope. So, I think it’s just being surrounded by these really great people who are doing great work.

And then, I think also looking back in history and also learning about and understanding these pivotal moments in human history that have taken us to a new place and shaped a new direction. So, I think having been able to navigate between the past, the present and the future is really important. I guess, that’s what gives me hope.

Be critical whenever a new solution is presented, or a new something, or someone is trying to say that they’ve found the silver bullet. Be critical and ask yourself: how would this transform our current situation. Will it solidify the status quo and business as usual, or will actually help us to get to the root of the problem. And I think that it’s important to also understand what you can do about it, given your professional background, your career, your personal life. Because I think we all have something to contribute. Some have more power than others. But what are you going to do with that? I also think it’s a question of what kind of legacy you’re going to leave behind?

At the end of your life, are you going to look back and say, “I was able to do things that actually had a huge impact on society, on the environment,” or will you look back in your life and realized that you actually contributed to the problem? So, I think it is important to frame it in this way. So, I believe that we all can do something, we can all take small actions in our life.

What Afton Asked of Listeners:

I think because many of your listeners are probably working directly with food systems, I would say: consider how your work directly or indirectly relates to improving health and the health of our planet, but also human health. And, what can you actually influence? Because the beautiful and interesting thing about working with food is that everyone has relationship to it, whether it’s in their personal, professional lives. So, try to understand what the impact you have might be.

Links Referred to by Afton:

How You Can Connect With Afton: