Episode 018 | Jeff Ranson: Does Climate Change Trump All Other Things?

“I think it’s hard to talk about green building broadly without focusing on climate change specifically and the imperative. And some of my internal debates are around, does climate change trump all other things right now?”

In this podcast I speak with Jeff Ranson, the Regional Director of the Canadian Green Building Council (for the Greater Toronto Area).  In our wide ranging conversation, we talk about the opportunities and challenges for policy to drive large scale change; about whether climate change trumps all other urban concerns; about how to design for effective urban density; and about his guarded optimism that we still have a fighting shot at meeting the challenges of climate change.

For as long as I have known Jeff (going on ten years now) he has been passionate about exploring and developing transformative policies that improve the environment, people’s living conditions, and sustainable, economic prosperity.  I got a good sense of this passion when I was one of Jeff’s external thesis advisors in 2014 when he was working on a very smart and thoughtful Master of Design Thesis in OCAD University’s Future Foresight and Innovation program. He was exploring  “an organizing structure to map out market transformation actions for the reduction of housing sector greenhouse gas emissions at a macro (national/state) level”  based on real world prototyping in 3 Latin American regions.” Jeff’s subsequent career trajectory has been very much consistent with his desire to transform the status quo through smart and implementable sustainable design policy.

After receiving an Honours BA in Business Administration from the Ivey Business School at Western University in 2002, Jeff has held a number of positions including:  Program Manager of the Clean Air Foundation;  a Senior Associate in Sustainability at The Innovolve Group Inc.;  Manager of Education & Outreach for Sustainable Buildings Canada in Toronto, (which is when I first met Jeff);  the Executive Directorship of the Toronto 2030 District;  Design Review Panel Member at Waterfront Toronto;  and now the Regional Director for Greater Toronto Area of the Canadian Green Building Council.

Jeff has therefore been very well placed over the past decade to see how much has changed (as well how little has changed!), and to be able to talk about the both the challenges and opportunities of meeting the challenges of the Twenty First Century Imperative. 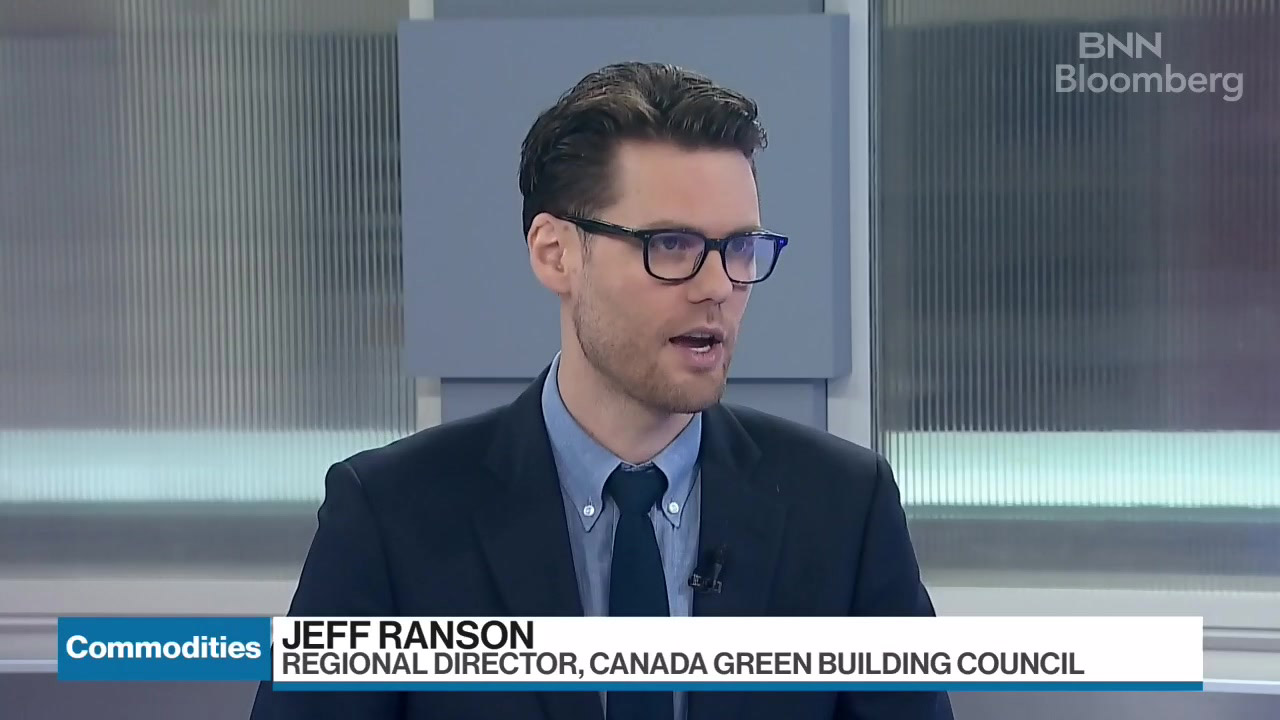 Jeff’s Optimism About The Future:

“I guess that you can’t do the kind of work that we do if you’re not optimistic. I mean, this is literally what we do every day when you get up. Now, maybe that’s sort of denialism, but what else are you going to do? If the alternative is to sit on your hands and watch everything burn, that seems pointless to me. So, if there’s a fighting chance then I want to be at the table. And so by default, if you’re going to be fighting for something then I think you better at least have some faith that you’ve got a shot at winning. And it’s not always there. Like everybody, I worry about my kids and I worry about just what kind of world that they’ll be dealing with and how do I teach them survivalist skills without scaring the pants out of them at this young age. But I need them to have some good life skills that I never picked up. My skills with PowerPoint are not going to translate well to a post-apocalyptic society, so I’ve got to figure out how to teach a four-year-old how to weld but make it sound like a fun activity.”

Advice Jeff Had for Listeners About Making a Difference:

“I think there’s a bunch of things. I think there are lots of little easy things that you should do and I think we should all be doing those little easy things. And some of those – maybe the most important things – are about just changing some of your expectations and what you value, and I think the sort of mantra of “less is more” I think is important. Focus on people, focus on experiences, focus on ideas more than stuff, and that’s obviously pretty hard to do in culture. But I think we’re all getting used to living in smaller houses and living in the city and sharing things whether it’s cars or tools or other things that we don’t need to own everything, and I think those are easy things that we can do.

On the other hand, …I hope people don’t get obsessive about personal choices, that they can always do better, and they start getting anxiety that they’re not doing everything perfectly: whether it’s not recycling everything right, or that one time they forgot to turn on the light bulbs. Because I know people like that who have built up such anxiety that their own personal footprint is contributing to this problem when the reality is that they’re probably doing more than their fair share if they’re already at that point, and that those little decisions while they add up to a lot are almost impossible to get out of the system.”

What Jeff Asked of Listeners:

“I think one thing that always makes me curious when I’m speaking to people… I mean, again, maybe this comes down back down to what’s the most important thing to do and the idea that there is no most important thing to do. The question I’m always curious about is what are you really passionate about, and where does that fit into the big picture? I think those are some of the two most important things is where can you put your energy? Where do you want to put your energy? Making sure that it is also working with the larger group. What is it that you actually want to do? What role do you want to have to play in this, and what can you bring to the table? We need everybody and we need everybody doing a piece of this, and pushing in the same direction. And so that would be my question for people. If you want to be part of this movement, what do you bring into the table and what’s going to get you up every day and get you at the door and being part of the solution?”

How You Can Connect With Jeff: