“Climate change, it’s not partisan – it’s our future! We have all the solutions out there to implement to start solving the climate crisis. It’s not about doing more research into these problems. It’s about people saying to our leaders: “You need to address them!”

Young Canadians are now the largest voting bloc in the fast approaching 2019 Canadian Federal election. As the founder and director of Future Majority, a non-profit, non-partisan organization with the purpose of amplifying the collective voice of young Canadians, Aaron Myran, has the potential to have a BIG impact on Canada’s future!

Aaron brings more than 10 years of community organizing, election organizing, and technology expertise to his work. He worked on the 2010, 2012, and 2014 U.S. elections, including campaigns in New Mexico, Georgia, Illinois, California, Colorado, and New Hampshire, as well as having been the deputy chief technology officer at a major political action organization.

Aaron grew up in Toronto, and after finishing a biology degree at Queen’s University, he headed down to the US to cut his teeth in politics. In 2010 he became a Green Corps Fellow where he launched a statewide grassroots campaign to influence U.S. Senators to support the federal climate bill. He then worked in southern California mobilizing voters to defeat Proposition 23, a ballot initiative funded by 2 massive oil companies that would have undermined the world’s strongest global warming law. In 2012, he directed campus get-out-the-vote in Colorado to help re-elect President Obama. 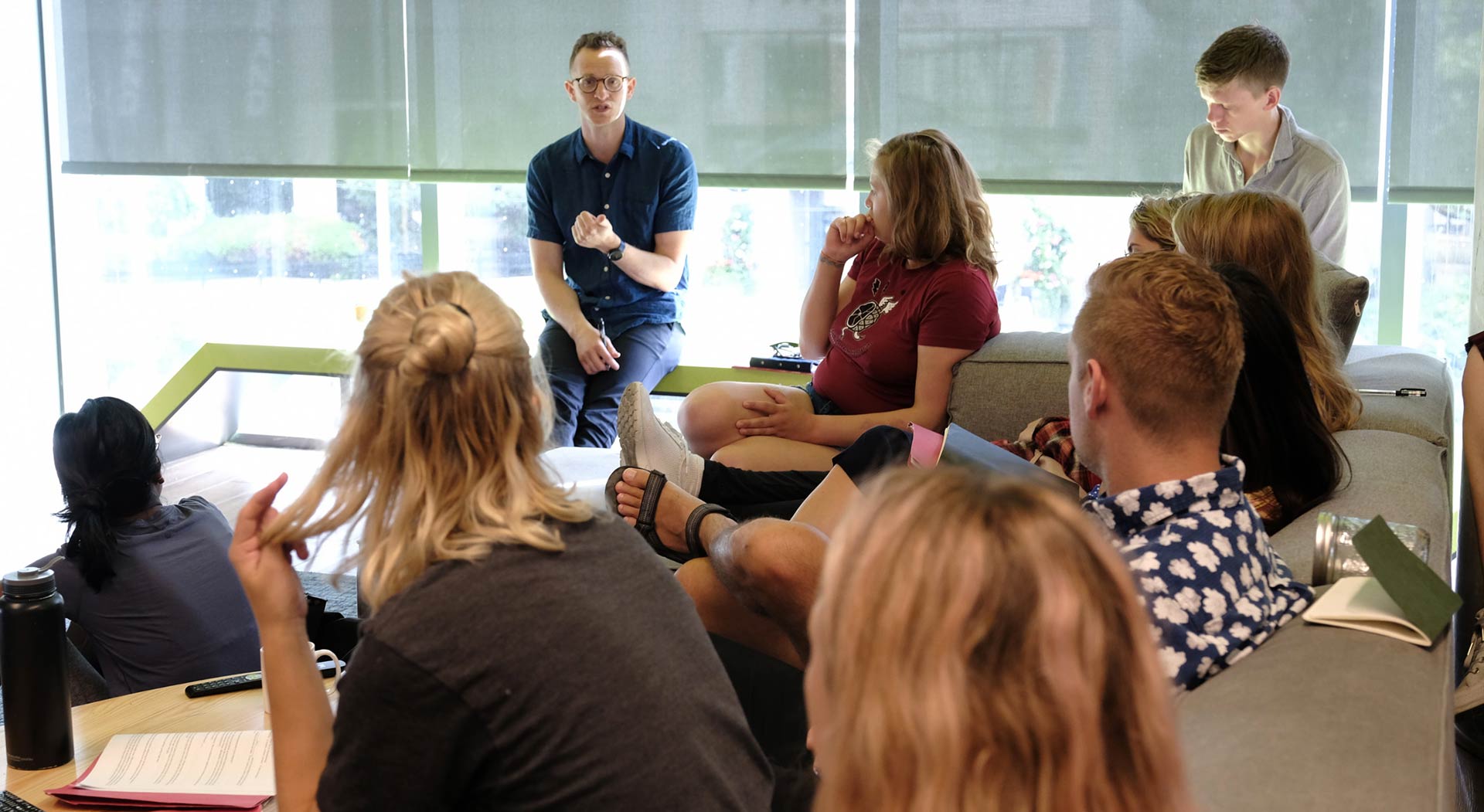 Following that, Aaron spent several years developing technology for The Public Interest Network (a major U.S. political action organization), did a Master’s degree in Public Policy at Harvard’s John F. Kennedy School of Government; and then worked as a consultant and Civic Technology Fellow at Microsoft.

In 2018 Aaron returned to Canada to found Future Majority, a non-partisan, not-for-profit organization, to address the growing disconnect young Canadians feel from the country’s current politics and politicians, to unite the voice of youth across Canada, and to disrupt the status quo on Parliament Hill.

In this episode, I talked with Aaron about how he ended up as a political organizer; the role he sees for the Future Majority organization in helping to engage the youth vote in the upcoming Federal Election; the critically important role of an engaged young electorate in meeting the huge environmental challenges we now face; and what advice he would have for someone setting out to make a difference.

How Aaron Became a Political Organizer

I ended up starting at campus through all the campus clubs were all about turn off your lights and recycle, and I was initially involved with them, and I’m not a genius, but I’m smart enough to know that if you tell everybody to turn off your lights, it’s not really going to solve the problem. Or, if you tell people to recycle, or bike, it’s often there’s aspects of access to resources and public transit, and I think out of being really frustrated that there weren’t any solutions where people were going, “Hey. It’s not about being a vegetarian.” It’s fundamentally about we need to shift the way our economy works. We need policies that address these issues. That led me to starting a campus group that did activism around these sorts of things, and I was just totally hooked. It was just so much fun seeing folks get involved. You can actually see… At the time we were pressuring the university to go carbon neutral by a certain date.

Advice Aaron Had for Listeners About Making a Difference:

We’re [Future Majority] still trying to raise 20, 30, $40,000. If we can raise more money than that, then we can talk to more young people about voting. [So, at this point donating to futuremajority.ca would be a powerful way to make a difference.]  We’re a social movement. Money isn’t growing on trees. We’re obviously not the only ones doing this. There’s some really exciting stuff with the climate strikes coming up in September 20th and 27th, so I think that’s one thing.

Also, if you want to get involved with us, you can just go to futuremajority.ca/join. If you put in your information, you’ll get a text message with us asking you to get involved, and they’re humans behind those. The text messages are automated, but then we can text back and forth with you, and we can plug you into a call and help you start. We can give you access to our tools that we’ve built to let you really effectively organise your community.

I think, generally, our society will be better off, if folks want to get involved with a civically-engaged population who are holding elected officials accountable. Some of its educating other people, so, if there’s problems you’re seeing, don’t just post them on social media, educate other people. But education is not enough. You have to then activate people to get them involved.

References Mentioned in the Podcast:

What Aaron Asked of Listeners:

I think for us, Future Majority, we’re talking about getting young people involved. First off, you don’t have to be a young person to do that. I think the easiest thing to do is ask, “What’s a problem that you’re seeing?” Where is something where you think about that problem and you think, “I feel angry. I feel sad. I feel unnerved.” You feel something in your gut that’s something that’s wrong with the world. And I challenge anybody to think, “The world’s perfect. It’s fine.” There’s a huge amount of privilege we have as Canadians, but there’s obviously a lot to do.

And then, I think just thinking about what are the things that you can do that are structural that you can address them, that think beyond how do I recycle, or how do I do meatless Mondays, or things like that. What’s something that’s in my backyard that I could make a change around those issues? And then, talk to other people because if you’re feeling that, other people are going to feel that same problem as well and talk about how you can get them to come together and participate around things like that.

Links to Future Majority in The Media:

HUFFPOST: “Young Voters Are Canada’s Largest Bloc. This Is How They’ll Influence The Federal Election”:  https://www.huffingtonpost.ca/entry/young-voters-federal-election_ca_5d792837e4b06028fd35b489

How You Can Connect With Aaron:

Future Majority: Future Majority can be reached at futuremajority.ca the main website. This website will you a sense of how to get involved and plugged in.

Go Vote Canada [as of Sept 24th, 2019]: Go Vote Canada can be reached at govotecanada.ca if you want to share with your peers, or want to educate yourself about all the parties’ different positions.

Connecting with Aaron: You can reach Aaron by email at Aaron(at)futuremajority.ca or by LinkedIn at https://www.linkedin.com/in/aaronmyran/.