“Something changed in the last five years – I’ve run out of patience. Every building needs to generate its own energy, process its own waste, clean its own water, avoid all known cancer-causing chemicals. That’s the bar.”

I’d seen Eric present at a couple of conferences, and of course seen his two TEDx talks, but it wasn’t until we were both presenting at the International Living Futures Institute Conference in Portland, this past April, that I had a chance to meet him.

The first thing that struck me upon meeting him was the mischievous twinkle in his eye. And, if you’ve ever seen him present, you know that he is as much a stand-up comedian, as a sustainability thought-leader. So I knew it would be a lot of fun to have him as a guest on the podcast. In terms of his expertise in addressing the challenges of the Twenty First Century Imperative, his resume clearly paints a picture of someone who has spent their career dealing with these challenges as a very forward-thinking activist architect.

Eric is an award-winning architect, author, and global speaker. His role and title at Morrison Hershfield, an international Building Science firm, is “Sustainability Disruptor,” a role that has him identifying solutions to problems most teams didn’t know were holding them back. He was Founding Principal of organicARCHITECT, a visionary design leader in biophilic and regenerative design.

His past roles include Vice President of the International Living Future Institute and Chief Community Officer of EcoDistricts, both nonprofits pushing innovative new paradigms for deep green buildings and communities. 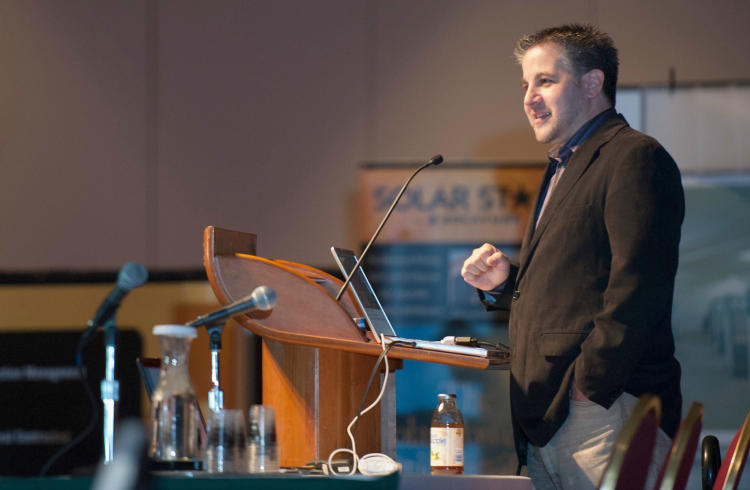 “If it helps, just pick one issue that really bothers you, whatever it is, and find a way to talk about that issue in a way that it’ll make people remember it. I use humor for that because that’s what I know, but for other people, there’s an organization called Charity Water that does this really well with water. They’re able to talk about water in a way that’s memorable. Find something. Find a way to make it memorable. Find a way to make it actionable and find a way to direct people’s anger and frustration into something good that they can do to change it. Then advocate like hell for that thing.”

“They need to be pushing the conversation. We’ve relinquished way too much authority and responsibility and duty to contractors because of liability. Because of that, we’ve essentially limited ourselves from any sort of meaningful conversation. The irony is at a time when we need architects in that level of problem solving more than ever, we’ve made ourselves almost irrelevant to the conversation. Most buildings are not designed by architects now and that’s a problem. You really have to grow yourself a little bit of a backbone and take a leadership position here. I think if we can do that, we can find our relevancy.”

How to Get in Touch with Eric