“We need to move everybody past the question of “is this happening”, and more towards “how can we solve it” as individuals, groups, companies, and countries.”

In this episode, I have the pleasure of interviewing Ryan Meyers, one of the world’s leaders in quantifying natural capital, former Chief Technology Officer at Impact Infrastructure, and now a Director at MAP Consulting where he specializes in web development and sustainability economics.

I’ve had the great pleasure of working with Ryan on a number of projects, including a series of workshops to help define the concept of regenerative symbiotic cities, and more recently, on how to deploy the sustainable business case software on a couple of university campus master plans.

Ryan started off as a cofounder of a tech company called Impact Infrastructure. The focus of this venture was to make it easy for architects and engineers to make the business case for sustainable design. Following four years at Impact leading the development team, Ryan moved onto freelance web development to sharpen his coding skills and learn about AI and machine learning.

In this podcast episode, we talk about why the monetization of natural capital is so important in finding a pathway towards minimizing the risks of climate change, and how we can all be contributing to the effort. 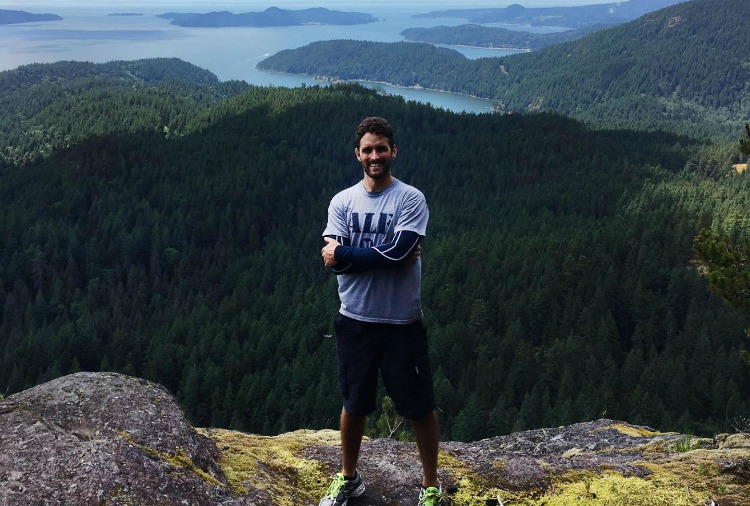 Some of the advice Ryan gave listeners:

Craig Applegath:
What advice would you offer listeners about what they can do to be part of making a difference in meeting the challenges in 21st century imperative?

Ryan Meyers:
On this, I’d like to reiterate one thing I said earlier, which is that this isn’t a scientific problem, it’s a socioeconomic problem. So, I have four suggestions:

I would say number one (and if you’re listening to this podcast, you’re already doing this, but try to spread it) is to educate yourself around topics that you don’t know. So if you’re an economist or you’re into finance or accounting or whatever, then if you’re interested, learn some of the science around climate change. And if you’re a science person, learn a bit about the economics of climate change. [By the way, this could be done by listening to more podcasts like this one.] One of the major problems in addressing climate change is that there’s a divide between these two areas of expertise; there aren’t enough scientists thinking about the economics, and there aren’t enough economists thinking about the science. You’ve got the two groups that are trying to talk to each other, but the more that we have a common understanding of those two areas, the better off we’ll be. And to be honest, both areas are very interesting!

My second suggestion is to spread that understanding. That’s maybe even more important because again, if you’re listening to this, you’re already on board and you basically understand the problem. So perhaps more important than anything is to spread that understanding, because we can’t make the changes we need to make to avert catastrophe with 30% of the public not understanding the problem of climate change. I know this is already becoming a more common conversation topic, but it needs to be front and centre. We are out of time, it’s now or never.

My third suggestion (and this might be a little bit of a cliché, but nevertheless) is to make your voice heard by politicians and vote, because we need quality government. I mean, I am a huge believer that the private sector can drive massive change, but there is a place for regulation and subsidies and government intervention here to help drive those market changes so that they can happen at a greater scale and much faster. So, number three is to vote and make your voice heard by politicians.

Then number four, my last one, is to find your way of making a difference, no matter how small it is, and implement that change. There is no panacea to this problem. There is no silver bullet for climate change. There is a major game theory issue with climate change: this is probably the biggest Tragedy of the Commons that we’ve ever seen. There are so many examples of individuals, organizations, or countries that aren’t doing anything, and even good, well-intentioned people say, “Well, if they’re not doing anything, then we don’t really have to do anything.” But because there is no silver bullet here, because the climate change beast is death by a thousand cuts, my fourth suggestion would be to find your cut, find your way to make a difference. It can be anything. It could be eating less red meat, or using less energy. It could be spreading the word. It could be dozens of things. Whatever it is that in your life you can do to contribute, I would say that can be your little cut to the beast.

Craig Applegath:
Those are excellent, and I think all things that people could see themselves doing right now.

Craig Applegath:
Finally, to wrap up, is there anything you would like to ask of our listeners?

Ryan Meyers:
I guess the only thing I would ask is kind of nut-shelling those four points I mentioned (above) about what I think everyone can do: learn about climate change economics and science, spread that understanding, and find your “cut to the beast”. We need to move everybody past the question of “is this happening”, and more towards “how can we solve it” as individuals, groups, companies, and countries.

I was looking at some of these facts as I was taking notes for this conversation; we’re using practically two Earth’s worth of resources per year now! Sea levels are rising. There’s a significant increase in flood risk in the coming decades. But I actually think about something that one of my colleagues from Impact Infrastructure told me a week ago, which is that you don’t motivate a sports team with negativity. You don’t talk to a soccer team at halftime and say, ” Okay guys, we’re down by three goals. Now get out there and you guys better score some goals otherwise we’re going to lose this game and it’s going to be really bad.” That’s not how you motivate people.

So when talking about climate change, there has to be a balance that’s struck between being real, and making sure that everybody understands the problem, but also that this is our generation’s and our life’s problem. This is the problem of our time. And the truth is, there aren’t going to be a key thousand people that solve this problem. Everyone needs to contribute to it.

You can learn more about Ryan and what he is now doing at MAP Consultants at: